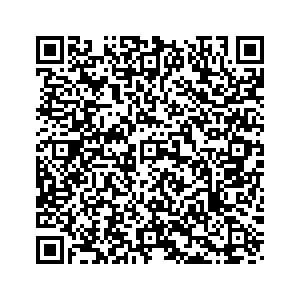 Alessandro Bruno is a Lecturer in Computing at Bournemouth University's Department of Computing and Informatics.

From July 2012 up to July 2014, he won a position as a postdoctoral research fellow at Palermo University, focusing on Image Forensics, Object Recognition and Visual Perception.

From January 2015 until June 2015, He worked as a Software Engineer at the IZS (Istituto Zooprofilattico Sperimentale della Sicilia) over a project that involved optimising oil and flour tracking from the producer down to the consumer using software engineering techniques.

From January 2016 until January 2017, he worked at Palermo University as a postdoctoral research fellow... He mainly worked on machine learning solutions toward the cultural heritage field by focusing on detecting features enabling the so-called content-based image retrieval.

From March 2018 until April 2020, He worked at INAF IASF Palermo (Italian National Institute for Astrophysics), focusing his efforts on remote sensing applications and cosmic rays analysis with deep learning techniques.

More particularly, he worked using CNNs (Convolutional Neural Networks) for the task of Gamma-Hadron separation from simulations of images coming out of Cherenkov Telescopes. In addition, he worked with FCNNs (Fully Convolutional Neural Networks) to retrieve cloudiness maps from satellite imagery. Furthermore, he was a research visitor at MSSL (Mullard Space Science Laboratory) from UCL (University College London) under the supervision of the head of the Imaging group, Prof Jan-Peter Muller.

From March 2020 until February 2021, Alessandro Bruno worked as a Research Associate at Bournemouth University - Faculty of Media and Communication in the National Centre for Computer Animation. He joined Prof Jian Chang's team and worked for an applied research project funded by UKRI Innovate Uk. He was responsible to Prof Chang and Peter Ward (CEO and Leading Manager of Shoppar Ltd) and dealt with Human-Computer Interaction techniques and Computer Vision techniques.

He worked as a Postdoctoral Research Fellow in Computer Vision at the Department of Computing and Informatics in the Faculty of Science and Technology at Bournemouth University. He joined Prof Zoheir Sabeur's team to work on the wide topic of Crowd Behaviour Understanding.