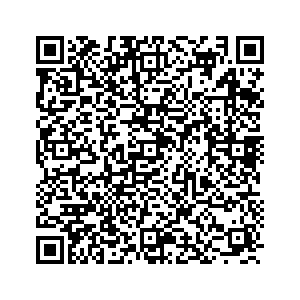 Derek trained as a transport planner and has many years experience teaching and researching in the growing area of how transport services can best be managed and developed to meet the needs of tourism and has written widely on this topic. He co-edited a Special edition of the Journal of Transport Geography on tourism transport at the destination in 2007.

Derek graduated with a BSc Hons degree in geography from the City of London Polytechnic where he developed his interest in the operational, planning and environmental challenges of providing mobility through transport services, which he developed by studying for an MSc Transportation and Planning Management at the Polytechnic of Central London. Upon graduation he joined the Polytechnic of Central London as a research fellow where he increasingly studied transport for leisure and tourism, undertaking a major study of tourist coaches in London.

Derek is an active member of the Chartered Institute of Logistics and Transport in the UK where he served as the Chair of the Southern Section in 1995 - 96 and remains an active member of the committee. He is also a member of of the Leisure and Tourism Programme Committee of the European Transport Conference, which he chaired from to 2007 – 2011, when he also chaired the panel of judges for the Emerald Prize for the best Leisure and Tourism Paper. He also serves on the Connected Dorset committee of the LEP.

In his spare time Derek enjoys football and played as goalkeeper for the Bournemouth University Staff Team well into his 50s and continues to be involved refereeing when required. He also enjoys music playing both clarinet and guitar badly.

I am currently completing a review article on the development and future direction of transport and tourism research.

I have had two chapters in books published in 2013. The chapter 'Transportation' appears in the 5th edition of the leading tourism textbook Tourism Principles & Practice, edited by Fletcher.J. Fyall.A. Gilbert.D. & Wanhill.S. (ed) and published by Pearson.

I am continuing research into the relatively new niche market called 'slow travel' and sometimes termed 'slow tourism' developing ideas developed in my award winning paper deliver at the BEST EN conference in June 2012. I am exploring the differences in the interpretation of what constitutes 'slow tourism' highlighting significant conflicts in the concept between North America and Europe. The research is now introducing analysis from other regions and identifying the conflicts and the common characteristics in the interpretation, exploring reasons for the differences and identifying how the concept can be promoted as a form of sustainable tourism development. I will be presenting a further paper on the topic at the 2nd World Research Summit for Hospitality and Tourism in Orlando, Florida in December 2013.