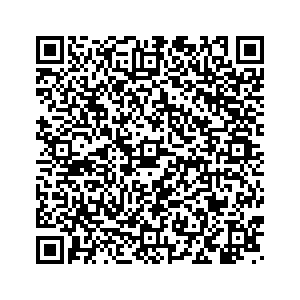 Sakis joined Bournemouth University in 2020 as a Deputy Head for Sport and Event Management. Prior to this, Sakis was a Reader at the University of Kent, where he had a wide rage of leadership roles such as being the Head of School, Director of Graduate and Undergraduate studies and he also founded a research group focusing the Legacies of Sport Mega Events. In another life, Sakis has been an elite fencing athlete competing for the national team of Greece in European and World Championships. Once his athletic career came to an end he obtained several scholarships and funding grants (Marie Curie Intra-European, IKY- State Scholarships Foundation, Real Madrid foundation, Newton Fund) that allowed him to build a strong European and international academic background which has been enriched by studies and professional experience in different countries (Greece, Spain, France, United Kingdom, Brazil, Colombia). Dr Pappous has published widely on the topic of social legacies of Sport Mega Events. His academic publications are backed up from a sound professional, consulting and empirical experience... Sakis was employed as a Supervisor for the Organising Committee of the Athens 2004 Olympic and Paralympic Games and he also has been leading research projects related to London 2012, Rio 2016, Buenos Aires 2018 Youth Olympic Games, and now Tokyo 2020. Sakis is passionate when it comes to research that has a societal impact. On the last 12 years Sakis has led two successful REF impact case studies, the first one focusing on the Sport Participation Legacies of London 2012 and the current one is investigating the media legacies of the Rio 2016 and Tokyo 2020 Paralympic Games. Dr. Pappous has lead the authorship of a media guide that has been translated in Portuguese (Rio 2016) and Japanese (Tokyo 2020) with the aim of promoting an inclusive portrayal of disability. His work received institutional support from the International Paralympic Committee and is a strong example of Bournemouth University’s concept of ‘fusion’ which envisaged external engagement and research that promotes social change. In 2020, together with his colleagues Geoff Kohe and Niki Koutrou, obtained a prestigious collective research grant from the International Olympic Committee which will enable them to collect some primary research focusing on the unexplored legacies of the 2004 Athens Olympic Games. As an academic leader, Sakis embraces empathy and perspective taking. In his free time he enjoys practising mindfulness, swimming and he is always up for stroll along the beach in Bournemouth or a walk in the forest.