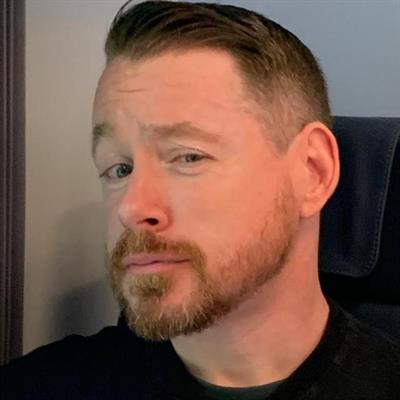 I earned my BSc in Psychology with honours from the University of Buffalo in 1996. After graduation I spent 4 years working in a residential treatment centre for juvenile offenders in New York. This arduous work led me to the realisation that I desired a career in scientific research. So, in 2001 I embarked on my PhD in Cognitive Psychology under the supervision of Dr. Alexander Pollatsek at the University of Massachusetts, Amherst where I also earned a minor in Quantitative Analysis. During my PhD studies, I also had the pleasure of completing a summer internship program at NASA's Ames Research Center in Mountain View California where I worked under the supervision of Dr. Cynthia Null. After earning my PhD, I accepted a Post-Doc position at the University of California at San Diego with Keith Rayner in 2007, where I further honed my skills as an eye movement researcher. In 2011 I accepted a post as an Assistant Professor at the University of South Alabama establishing a new Psycholinguistics lab there and further developing my teaching abilities... I came to Bournemouth University in August of 2015 to join the excellent team of cognitive and neuroscience researchers within the Psychology Department.

In my research, I am using eye-tracking to study how people control their eyes during reading. I am also interested in auditory distraction, multi-tasking, academic distraction, and education psychology. More broadly, I also have an interest in mathematical models of cognition, evidence synthesis, statistical and measurement theory, and open science and education.

My research focuses primarily on eye movements during reading, and I am interested in advancing the field of psycholinguistics through the implementation and testing of computational models. I am particularly interested in the processing of abbreviations such as textisms and acronyms as they provide unique opportunities to explore the processing of orthographic, phonological, and semantic representations. I have also been exploring how differences in reading perspective (what readers are interested in) influence reading comprehension (including the cross cultural influences that often drive differences in perspective). Efficient reading requires a number of complex cognitive processes operating in harmony. To that effect, much of my research has focused on the interplay between bottom-up (font) and top-down (language) characteristics influence foveal and parafoveal processing. Below are some of my current projects:

Letter and word spacing and dyslexia:

Working with Julie Kirkby on an adult reading study comparing the eye movements of dyslexic readers with those of non-dyslexic readers while reading texts varying in horizontal letter and word spacing.

Individual differences in reading ability: Working with Mark Yates from the University of South Alabama to investigate various skill related to reading (e.g... spelling ability) on aspects of word recognition and eye movement control during reading (manuscript submitted to QJEP).

Currently working on a project for Microsoft with my PhD student Adam Parker entitled: Eye movements and reading at sentence and line boundaries: exploring wrap-up and return-sweep effects.