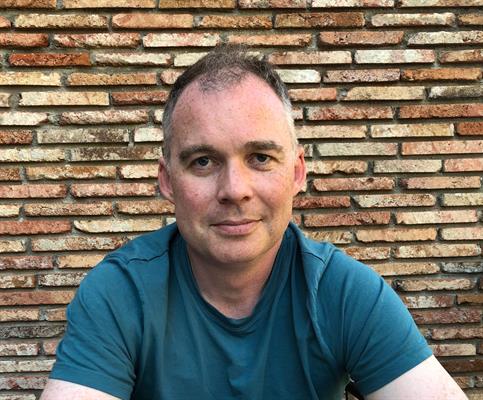 Michael is a British composer based in London and Copenhagen. He did Doctoral study in composition under the supervision of Mark Bowden and Helen Grime at Royal Holloway, University of London. His work includes acoustic and electro-acoustic compositions. He is a graduate of both London Symphony Orchestra Panufnik (2014/5) and London Philharmonic Orchestra Leverhulme (2015/16) young composer schemes, and was selected for the 2017/8 PRS Accelerate scheme, writing As Kingfishers Catch Fire for the Berkeley ensemble. He was the winner of the Royal Scottish National Orchestra’s 2017/18 Composers Hub scheme, and the orchestra gave the premier of Open the Eastern Windows in November 2018.

Other recent works include Frost Flower for the Laefer Quartet, Celia’s Toyshop for the Riot Ensemble, In Cloud Light for Psappha ensemble, Slipstream for Ruthless Jabiru (as part of Sound and Music’s portfolio scheme), Prism for the Molinari String Quartet and Tendrils for the Kaleidoscope saxophone quartet. His work has also been performed and recorded by cellist Laura Moody, saxophonist Ian Dingle and pianist Zubin Kanga...

He spent a substantial portion of his early career working in the theatre, writing music for over 25 plays and working as a musical director and supervisor.