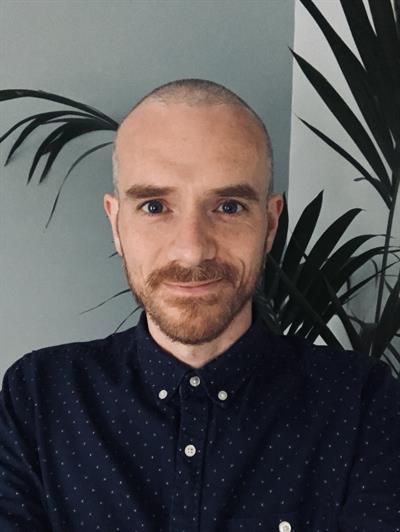 After working in further education teaching and a brief stint in music journalism, I completed my MA in Twentieth Century Literature at Goldsmiths, University of London, in 2008 before moving to the University of Exeter to begin my PhD. After completing my PhD in 2012, I was an Honorary Research Fellow at Exeter 2012-13. I joined BU as Lecturer in English & Communication in 2013.

My research interests are broadly based around Identity, Englishness, Empire, and popular culture in the C.20th, and I would be interested in supervising PhD projects on the following areas:

My doctoral research, and first monograph, examined the intersection of literature and culture throughout the Cold War through analysis of Britishness and decolonisation in the work of Graham Greene, Ian Fleming and John le Carré... Alongside my research into popular cultures, I have developed a strong profile and publication history in medical humanities, mostly around examining the process of reciprocity and interdisciplinarity between medicine and the arts.

My most recent research project linked my interests in literatures of the Cold War and the post-war period of decolonisation with that of my medical humanities work through a study of colonial medicine and the Anglo-Indian novel c. 1950-1990 entitled: 'The Retrospective Raj: Medicine, Literature & History After Empire'. The monograph was published with Edinburgh University Press in January 2022.

I am also a BBC/AHRC New Generation Thinker (2015-), and regularly contribute to BBC Radio 3 and 4. In 2017-19 I was PI on a project that explored the relationship between alcohol and medicine, supported by two Wellcome Trust Research Bursary awards.

I currently teach on the following units:

- Member of Literature & the Reading Public, University of Huddersfield, supported by the British Academy, 2018-19. (https://literatureandthereadingpublic.com).