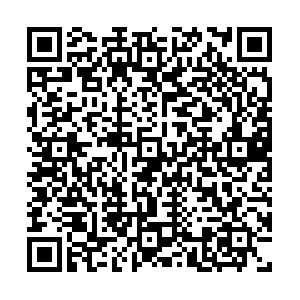 Wright has held a number of important leadership and administrative roles, including Chair of Graduate Studies, School Executive, Faculty Board, Research Committee, Higher Degrees by Research Coordinator. In each role he offered strategic leadership and mentoring... Specific leadership examples include the development of a dual MA degree with Fudan University; the development of a formal relationship between the University of Melbourne and the New York Times (e.g. Hard Truths exhibition, internships, talks); and the development and launch of a successful MA degree in Broadcast Journalism at UEA.

On returning to the UK, Wright has shifted to be a partner investigator on an ARC Discovery grant: ‘Evaluating the Challenge of ‘Fake News’ and Other Malinformation’ (DP200101317 - $431,000) led by Axel Bruns (QUT), and partner investigator on an ARC Linkage grant led by David Nolan (Canberra): Amplifying Indigenous News: A Digital Intervention, working with the Guardian and IndigenousX (LP180100201 - $222,782). He has previously held a range of grants from organisations such as the Economic and Social Research Council, the Research Councils of the United Kingdom, the British Academy and the European Union. The total value of these grants is in excess of £4m.

• Online deliberation and everyday online political talk, particularly in non-political ‘third spaces’, and how this is shaped by website design and moderation...

• The extent, nature and impact of fake news and fake news discourse, and how to combat this

• Attacks on journalists and journalism, including discursive (fake news, #theirABC, bias) from politicians, the public and between journalists; incivility and abuse (e.g. attacks on indigenous journalists, female journalists); how newsrooms are responding; how journalists respond

• Engaged Journalism, including the nature of debate in ‘below the line’ comment spaces and on Twitter; how journalists engage; the impact of this on journalists and journalism

• The Manosphere and alternative spaces of political debate and action, particularly around questions of toxic masculinity and misogyny

Wright has advised a range of bodies on e-democracy initiatives from local councils to the US State Department. His research has had a broad impact, influencing the development and use of online consultations, discussion fora and political blogs by groups such as the Hansard Society; the International Centre of Excellence in Local E-democracy; Public Works and Government Services Canada, and the German Bundestag. Wright was Convener of the Political Studies Association Urban Politics specialist group and a member of the NSF-funded International Working Group on Online Consultation and Public Policy Making. He won a Cue East award for his engagement activities and had Beacon Status.