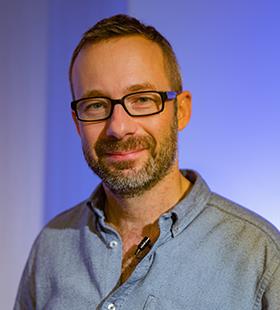 I am a researcher, educator and consultant in the field of media, communication, sport and politics.

My research broadly explores the intersection of media and social change, including the construction of news, mediated disability representation, political communication, and journalistic role performance. I am former convenor of the Political Studies Association Media and Politics Group and International Liaison for the International Communication Association's Communication and Sport Interest Group.

Alongside colleagues at Bournemouth University, I have led a string of publications around recent elections in the UK and USA. The election analysis reports provide over 80 short and accessible analyses of every part of the election, written by leading academics in the field, all published within ten days of the vote.

I have led research and communications consultancy projects with national and international clients including the Mirror Group, the Voice of Vietnam, the Bangladeshi Government and Channel 4.

1. Mediated Paralympic Sport and Social Change (with Michael Silk and Emma Pullen). In this interdisciplinary, AHRC-funded project we examine critical questions of disability sport representation and their impact on public perceptions.

2. Journalistic Role Performance Around the World (with Antje Glueck, Jamie Matthews, Xin Zhao and Einar Thorsen). We are the UK team for this cross-national, theory-driven endeavor to systematically analyze the state of journalistic cultures in the new media landscape across the world. https://www.journalisticperformance.org.

3. Campaigning for Strasbourg (with Darren Lilleker and Anastasia Veneti). We are the UK team for this 11 country comparative study of the 2019 EU elections on social media. https://digidemo.ifkw.lmu.de/camfors/

4. Journalism students across the globe (with Einar Thorsen and Xin Zhao). We are the UK representatives for a global comparative study of the professional norms, values and attitudes of journalism students. http://www.jstudentsproject.org/

5. COJO for COVID recovery: Solutions-focused constructive journalism as a pandemic exit strategy for local/regional UK communities (with An Nguyen, Antje Glueck and Xin Zhao). In this 18 month AHRC-funded rapid-response project, we explore how constructive journalism – also known as solutions journalism – can increase audience engagement and empower communities to tackle the problems they face in the aftermath of the pandemic. https://cojouk.org