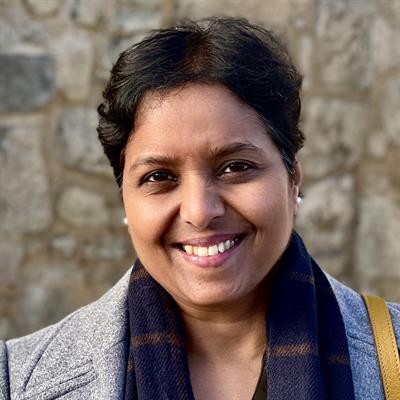 Gloria is a Senior Lecturer in Journalism and a media researcher, with a special interest in Community and Participatory Media, Media and Migrants, Ethnicity, Gender, Citizen Journalism, and Media History. Gloria holds a PhD on ‘The Evolution of British Asian Radio in England: 1960 - 2004’ from Bournemouth University. Her doctoral thesis explores why and how British Asian radio broadcasting started in England and how is it fulfilling the needs of the British Asian immigrant listener communities.

She is a former Associate Editor for the Journal of Radio & Audio Media; this international academic research journal covers a range of research topics related to radio, audio and all the associated platforms.

Gloria has also served as an elected Council Board Member at the Community Media Association, UK.