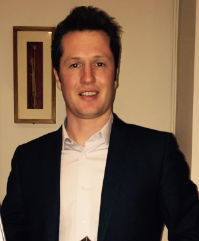 Chris has worked for various universities in the UK higher education sector during his career including Loughborough University, the University of Leicester, the University of Birmingham and Nottingham Trent University (NTU). Chris has taught many different subject areas in the broad fields of Politics, International Relations and European Studies. Chris also has extensive experience of developing and running online distance learning university programmes having previously acted as the Course Leader for the NTU Distance Learning Programme in International Relations.

At Bournemouth University, he is Programme Leader for the Masters (MSc) in Disaster Management which is currently taught both in the UK and in Oman... He is the unit leader for two of the optional CPD units on the programme: Management of Technological, Social & Intentional Disasters (CPD2) and Foreign Policy Analysis & Crisis Management (CPD8). Chris is also the leader of the Dissertation Project unit on the MSc Disaster Management.

Chris is a distinguished scholar who has published work widely in the field of International Relations, Terrorism Studies and Crisis and Disaster Management. From November 2011 to January 2015 Chris was a co-convenor of the BISA Critical Terrorism Studies Working Group (CTSWG). Chris has guest edited the journal Critical Studies on Terrorism on two occasions. He regularly attends international conferences and has presented his work at the annual conferences of the ISA, EISA and BISA.

Chris’s research interests cover several areas: (1) interpretive approaches to International Relations and Crisis Management; (2) the internal and external security policies of the European Union, including the merging of counter-terrorism with migration and border-control policy; (3) critical approaches to the study of security, with a particular focus on counter-radicalisation and the crisis management dimensions of counter-terrorism policy. His research focuses on the following areas:

· The Merging of Counter-Terrorism and Crisis Management

Chris is currently working on several articles for publication. First, a project on the relationship between counter-terrorism and migration control policy at the EU level. Second, an analysis of the phenomena of ‘returning foreign fighters’, including a critical analysis of the conceptual parameters of the new term ‘Foreign Terrorist Fighter’. Third, an analysis of the European Union’s response to the ‘Migration Crisis’ from a crisis management perspective. Finally, Chris is working on a paper that explores the blurring of crisis and disaster management with counter-terrorism.

Chris is happy to supervise students in any area of International Relations or Crisis and Disaster Management, especially projects that adopt critical or interpretive approaches to social science research... He is also happy to supervise research students interested in security policy more generally, including counter-terrorism, counter-radicalisation and the ongoing securitisation of migration and border control policy.