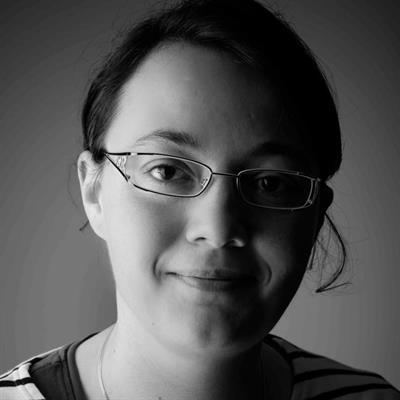 Dr. Emilie Hardouin joined Bournemouth University in May 2012 and is now an associate lecturer in conservation genetics. Her research focuses on the distribution and mechanisms of rapid adaptation of invasive species. She completed her PhD at the Max-Planck-Institute for Evolutionary Biology (MPI), Germany (2007-2011) after an MSc in Genetic from the University Paris 7, France.

During her PhD and Post-Doctoral fellowship (02/2011 - 05/2012) at the MPI, she was under the supervision of Prof. Dietahrd Tautz one of the world leaders in the field of evolutionary genetics and closely worked with internationally well-known evolutionary biologists. Her interest was in the mechanisms and the identification of genes involved in adaptive processes using different techniques such as microsatellite genome-wide screening (Hardouin 2011 PhD thesis) and complete

(Germany). She is also a referee for Molecular Ecology and the Protist.

1- Population genetics of a global invasion:

The research aim is to use the invasive fish topmouth gudgeon Pseudorasbora parva (TMG) as a model species to identify how genetic processes and plasticity drive invasion patterns at global scales. Native to China and introduced to Europe in the 1960s, TMG have invaded more than 30 countries, causing concern over competitive interactions and novel disease introduction. By adding fine-scale genetic data to previous work on species' ecology and morphology, the research will derive a much finer understanding of their invasion process. This project has two different components: (1) investigate TMG phylogeography across their native (Asia) and invasive (Europe) ranges through their genetic diversity, structure and distribution; and (2) quantify the roles of plasticity and selection in the TMG invasion process through combining genetic, biogeographic and morphological approaches to enable the building of predictive models of invasion.

2- On the tracks of the Phoenician’s through genomic phylogeographic studies of Mediterranean mice.

Coming from the Near East, the western house mouse first spread to the Mediterranean and then around much of the world using human mediated transport... It is known that the westward mouse diffusion started 3000 years ago (Iron Age). Interestingly, at this time, the Phoenicians were establishing commercial routes up to Gibraltar, making Phoenician movements the likely explanation for the mouse colonisation of the Mediterranean. I am using the state-of-the-art genomic phylogeography, geometric morphometrics and statistical analysis to infer population history, evolution and dispersal of mice.