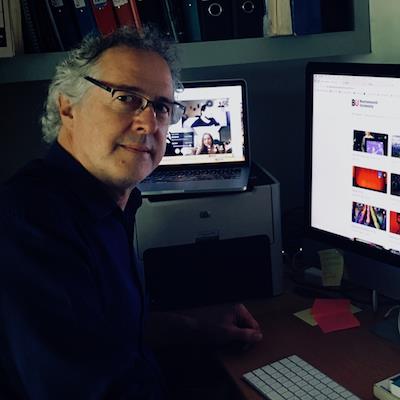 Martin is a highly experienced director and producer. He has both single camera and multi camera drama directing experience, and worked for the BBC’s long running, continuing medical drama series, Casualty and Doctors as both a producer and director. He also directed and co-produced a low budget feature project with an ex convict, that perhaps unsurprisingly, didn’t complete through funding issues!

His research interests in the work of actor-theorist Michael Chekhov has spanned more than two decades and he is part of an international community of practitioners and theorists working with Michael Chekhov’s creative approach to acting, writing and directing and its potential in applied contexts. He has worked extensively training actors and directors in exploring creative and collaborative approaches to screen performance.

In addition, he has worked in factual programming for organisations such as: The Open University, BBC, ITV network, Chello broadband and CNN International with subjects from: Global Ethics to Formula 1, and from the vulnerable Kayayei traders in Ghana to International celebrities like Marcel Marceau and Hollywood’s Kathleen Turner... He has won awards for his work at the New York Television Festival and with the Royal Television Society.