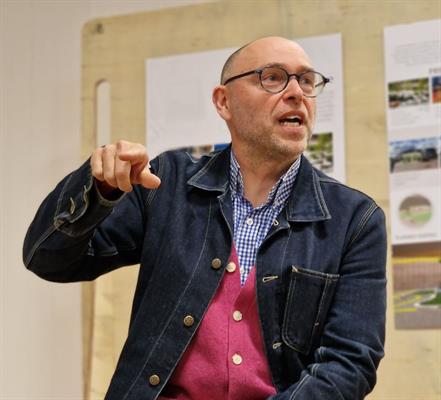 Ashley worked in the television industry for many years before joining the teaching and research community at Bournemouth University. He is a Fellow of the Royal Society of Arts and the Higher Education Academy and lectures in media production and theory. He holds an MA in producing film and television, a PGCE in educational practice and a PhD in children’s media industries and audiences, with a primary research focus on children and cross-platform media. He is Co-convenor of the Children’s Media Foundation (CMF) Academic Advisory Board and a member of the CMF’s Executive Group, as well as Co-Editor of the Children’s Media Yearbook. Ashley was a member of Andrew Bissell’s and Ross Adamson’s successful doctoral supervisory team and is currently supervising Yunfei Li, Alan Fox, Dee Hughes, Annie East and Aneta Postek’s doctoral research – and is keen to work with any future PhD researchers who may have an interest in children’s media/lived experience.

His learning and teaching activity spans undergraduate and postgraduate TV, Photography and Film production and theory... Ashley is a Senior Principal Academic and was Head of the Media Production Department between 2018 and 2021, having previously been Head of Education and Professional Practice for the department and Programme Leader of BA (Hons) Television Production. Ashley’s practice experience includes producing and directing factual, news, continuity, promos, commercials, entertainment and comedy; often with an interactive slant, and mostly within Children's TV. As a Producer and Director, he has worked with the likes of Sasha Baron Cohen, Dave Berry and Simon Amstell. Whilst at Nickelodeon he devised, produced and directed innovative interactive music and game shows. For BBC Children's (where he was part of the Emmy award winning Interactive team) he created multi-platform content that spanned online, interactive and broadcast. Ashley’s career began within MTV and LWT’s camera departments, and he still very much enjoys picking up a camera (video or stills) when the opportunity arrives.