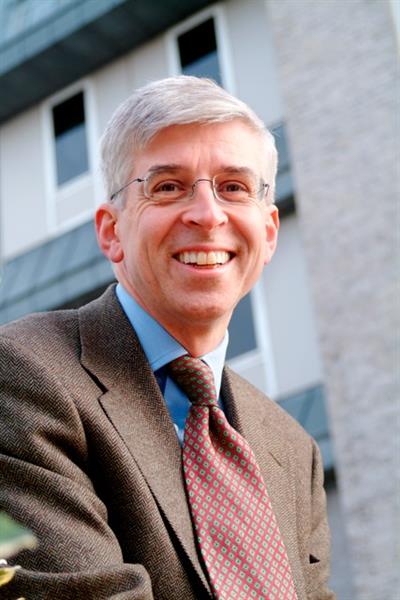 Stephen Jukes is Professor of Journalism in the Faculty of Media & Communication.

He had earlier spent two decades as a foreign correspondent and media executive covering news in Europe, the Middle East and the United States for Reuters. During a series of postings he covered or oversaw coverage of many top stories ranging from the ousting of Margaret Thatcher and disappearance of Robert Maxwell to the fall of the Berlin Wall and the Clinton-Lewinsky scandal.

He reported extensively from the Middle East, interviewing King Fahd of Saudi Arabia, and oversaw coverage of the assassination of Yitzhak Rabin. In his final position at Reuters he was global Head of News responsible for all editorial output including text, TV, news pictures and graphics.He also ran Reuters publishing programme overseeing a series of books on foreign and financial affairs in conjunction with Pearson and Prentice Hall.

His research interests are informed by his professional practice as a journalist and focus on areas of conflict, trauma, emotion and objectivity in news... He is director of Bournemouth University's Centre for the Study of Conflict, Emotion and Social Justice (CESJ).

He was appointed Dean of what was then the Media School in 2005 and oversaw its transition to a faculty before stepping down from that role in February 2016. Before his work at Bournemouth University he was a visiting scholar at Green College Oxford researching into areas of journalism and spin.

He plays an active role in the charities founded by the US Dart Foundation which are designed to support journalists suffering from traumatic stress and to promote better reporting of traumatic news events such as war and terror attacks.