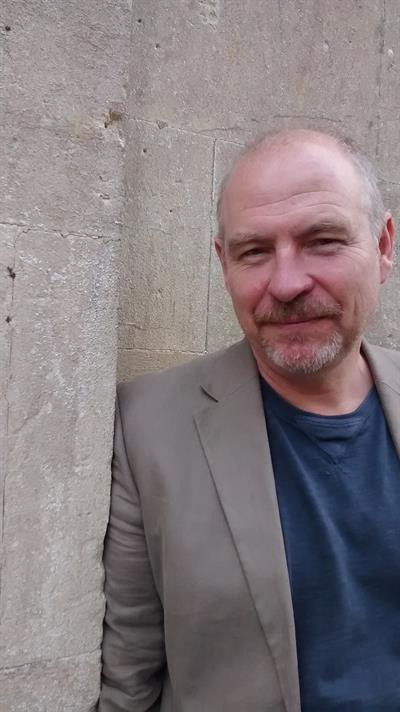 Biography: Dr. David McQueen is a lecturer in Media and Politics at Bournemouth University. David's research interests include questions of media, power and the mediation of politics, particularly in broadcasting and film. He has been teaching on media courses at different levels since 1991 and completed his PhD thesis in 2010 which is entitled BBC TV's Panorama, Conflict Coverage and the Westminster Consensus. He is author of Television: a Media Student's Guide and has edited and co-authored a number of books on the theme of corporate social responsibility (CSR) with a particular focus on energy and sustainability.

As a full time member of staff he has developed and taught on a number of BA and MA units within the Media School and is an active researcher with an interest in issues around media and power, conflict coverage, film and television history and public relations.

Fear, loathing and shale gas. The introduction of fracking to the UK: a case study. In Theofilou, A., Grigore, G. and Stancu, A. (eds) 2016. Corporate Social Responsibility in the Post Financial Crisis; Panorama and 9-11. In Lacey, S. and and Paget, D. (eds) 2015. The War on Terror: post-9/11 drama, docudrama and documentary; Media Democracy and Reform in Latin America: The Policy Lessons for Europe for The International Political Economy of Communication: Media and Power in South America (2014) edited by Vivares, E., Cheryl Martens, C., McChesney R.. Palgrave. He also continued to a co-authored chapter News journalism and public relations: a dangerous relationship in Allan, S. and Fowler-Watt, K. (eds) Journalism: New Challenges. (2013).

He is unit leader for BA Units Global Perspectives on Politics (2015-17) and two popular media theory options Media and Conflict; Film and International Politics. In his spare time David has produced a number of films and brews Medieval style 'gruit' ale.