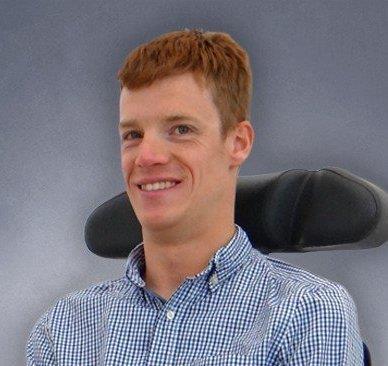 Dr Paul Whittington is a Postdoctoral Researcher in Assistive Technologies in the Faculty of Science & Technology at Bournemouth University. Dr Whittington’s research focuses on Assistive Technologies, Human Factors, Usability Engineering and System of Systems. He is a member of the Human Computer Interaction (HCI) Research Group and has previously been involved with the MSc Human Factors and Usability Engineering courses.

Dr Whittington received his Doctorate (PhD) in Human Computer Interaction from Bournemouth University in 2017 and BSc (Hons) in Computing also from Bournemouth University in 2013. During his doctorate (funded by a Vice-Chancellor’s scholarship), he developed the SmartAbility Framework which recommends technologies based on the actions (user abilities) that people with reduced physical abilities (disabilities) can perform independently.

He was a student volunteer at the 30th International British Computer Society Human Computer Interaction Conference. Dr Whittington organised the inaugural Assistive Living Technologies (ALT) Symposium at Bournemouth University in May 2018, for 50 delegates, including academics, charity representatives and research students...

His research on Assistive Technologies featured on BBC South, The Sunday Times, Auto Express, Bournemouth Echo and The Ergonomist. He also exhibited and validated his research at the 2016 Mobility Roadshow in Silverstone, UK.