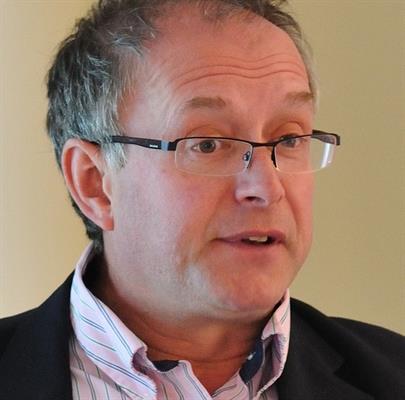 Tim is a prehistorian with a strong international public profile. He leads research projects and publishes widely on the archaeology of early farming communities in northwest Europe, and on archaeological resource management. He has undertaken pioneering research into the history and development of Stonehenge and other related Neolithic monuments. His research takes him to many parts of Europe, and he has directed projects in Germany, Russia, Greece, Malta, England, Wales, and the Isle of Man in order to answer key questions: Why were ceremonial monuments first constructed? What role did material culture such as pottery and stone play in the lives of Neolithic communities? And what symbolic meanings did particular materials have for those who selected and used them? The central issue here is how people understood, structured, and occupied the landscapes they created for themselves. It is an issue that also has contemporary relevance and informs his research into the role of the past in shaping places and people’s lives today... Tim holds undergraduate and postgraduate degrees from the University of Southampton. He is a corresponding member of the German Archaeological Institute, Chairman of the Board of Trustees of Cotswold Archaeology, a Fellow and former Vice-President of the Society of Antiquaries of London, a member and former Vice-President of the Royal Archaeological Institute, and a Member and former Chairman of the Chartered Institute for Archaeologists. He is on the editorial board of the journal Time and Mind , and series editor of the Neolithic Studies Group Seminar Papers. In 2006 he won the National Award for the Protection of the Archaeological Heritage of Russia presented by the Russian Archaeological Heritage Foundation. He was appointed OBE in the 2010 Queen’s Birthday Honours for ‘Services to Archaeology’. In his spare time, Tim enjoys walking and music; he plays guitar in a rock-blues band.

My research focuses on two main themes. First, is the Neolithic of northwest Europe, the era of the first farmers between 5000 and 2000 BC, and in particular the early development, use, and meaning of monumental architecture such as the long barrows, enclosures and stone temples that these communities built. Second, is archaeological resource management, especially the role of the tangible and intangible heritage as sources of social capital, cultural enrichment, personal well-being, and the social construction of knowledge.

Both themes are explored through a series of connected projects that include collaborations with other research institutions at home and abroad, partnerships with professional and governmental bodies, and teaching at undergraduate and postgraduate level.

Current and recent projects in archaeological resource management include: Archaeological Investigations Project, England; Dynamic modelling of archaeological deposits and their spatial and intellectual representation; Conservation and management of rock-art sites in England; Human Henge project and work on heritage and well-being; and understanding the Newark Earthworks, Ohio, USA.