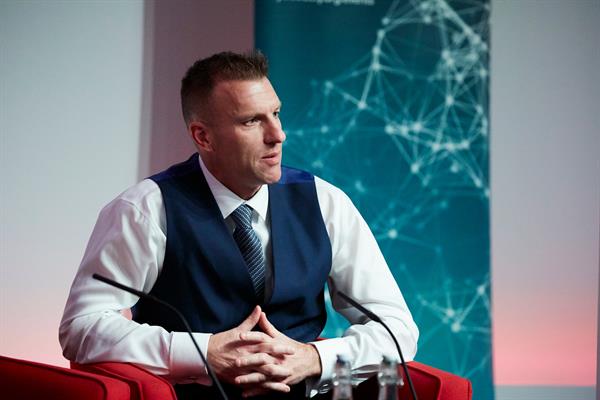 Dr Dyer is Deputy Head of Dpt. and Associate Professor in Product Development within the Design & Engineering Department at Bournemouth University as well as Visiting Professor of Assistive Technology at the University of Bolton. His current research interest is with the philosophy, design or performance analysis of assistive technology used in competitive sport. He has undertaken consultancy roles ranging from award winning safety signage for the RNLI to designing prosthetic limbs for athletes who have won medals at several Paralympic Games and World Championships.

Bryce has won several prizes for his work. Some of these include the Award Lecture at the British Science Festival plus multiple Times Higher Education Award nominations. He has been appointed as a Senior Fellow of the Higher Education Academy, received formal recognition for research supervision with the UK Council for Graduate Education and is a Chartered Technological Product Designer.

He has published widely in the design, sports science and biomedical engineering fields but also writes for mainstream magazines... He undertakes extensive outreach, has appeared on both TV and radio and is often solicited for his opinion in the press.

In his spare time, Bryce has competed for Great Britain in a variety of sports as a masters athlete and continues to do so. He was also a part-time RNLI beach lifeguard for over 10 years.

- The design & development of high performance prosthetic limbs for elite athletes competing at the 2024 Paralympic Games.

- The development & evaluation of new international concussion policy for athletes with a disability.

- Investigation into avatar behaviour of participants in online e-sports.

Please contact Bryce for a discussion regarding any prospective PhD projects, research collaboration or media contributions that you are interested in.