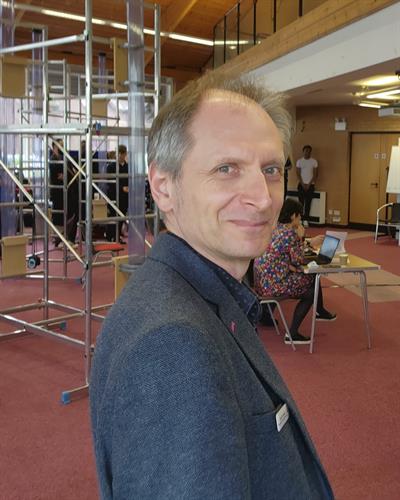 Philip's interests are in the areas of design simulation & modelling, mechanics of materials, artificial intelligence and medical engineering. He has published over 30 journal, conference and magazine articles in these areas.

He has conducted research supported by EPSRC and the medical charity REMEDI developing methodologies for the clinical assessment of lower-limb prosthesis fit. This has also led to involvement with the International Paralympic Committee. He has also collaborated with BAE Systems Surface Ships Ltd. to develop a load measurement system for marine structures. Research funding has led to collaborations with Chas A Blatchford & Sons Ltd Bournemouth Hospital, Poole Hospital and Hydreco Hydraulics. He is currently working with the RNLI to investigate the use of advanced manufacturing in the supply chain.

In 2010 he was part of a team shortlisted for "Outstanding Engineering Research Team of the Year" at the national THE (Times Higher Education) Awards. In 2011 he won a Vice-Chancellor's Award for "Research/Enterprise Project of the Year"...

In 2009 he won a BU Award for Outstanding Contributions to Student Learning for "Enhancing Design students' engagement in technology-based subjects: A practical learning and online assessment strategy".

He has developed and run external courses for aircraft industry employees.

As a member of the Design and Engineering Research Centre at BU my current research is focused on the application of Inverse Problem Analysis techniques utilising Artificial Intelligence to solve a number of engineering problems.

Since joining BU I have been involved in developing research collaborations with Dorset Orthopaedics, Royal Bournemouth Hospital, Poole Hospital, Blatchford & Sons and BVT Surface Fleet, Poole and Bournemouth Hospitals, AECC and Hydreco Hydraulics. These collaborations have led to several bids for funding. In conjunction with Professor Noroozi and Professor Zahedi (Blatchford) we were awarded an EPSRC Case Award in 2009 to fund a PhD researcher for 3.5 years (£86k) to investigate utilising Inverse Problem Analysis in the design of new smart lower-limb prostheses.

I have also been awarded a matched funding studentship in collaboration with BVT Surface Fleet to investigate load measurement and monitoring in marine structures. This generated £26k of income to BU. On the strength of this collaboration and in conjunction with Professor Noroozi and Professor Cripps (BVT) we were awarded an EPSRC Case Award in 2009 to fund a PhD researcher for 3.5 years (£95k) to investigate new methods of flexible composite tooling for the marine industry.

Research in the field of lower-limb prosthetics design has led to being shortlisted as a finalist in the category of “Outstanding Engineering Research Team of the Year” at the National THE (Times Higher Education) Awards in 2010... It has also led to winning Vice-Chancellor's Award for "Research/Enterprise Project of the Year" in 2011.

In 2011 I was also awarded a full BU Studentship as Principal Investigator to investigate to research the dynamic characteristics of composite energy-storing-and-return (ESR) prosthetic feet. In 2013 I was awarded a match funded PhD studentship with Bournemouth Hospital to investigate methods to measure forces in shoulder implants.