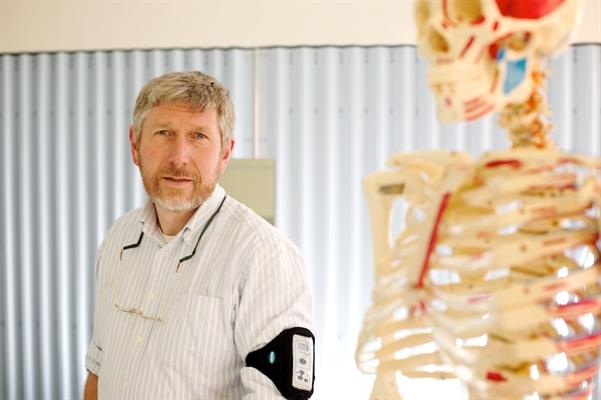 I graduated from Southampton University in Electronic Engineering in 1976 and obtained a Ph.D, also from Southampton in 1982 entitled "Adaptive Control of an Arm Prosthesis". This marked my involvement with the medical profession and I was employed as a Research Fellow in Neurological Rehabilitation at Southampton before moving to Odstock Hospital, Salisbury in 1982. I was the first person employed in Clinical Science and Engineering in Salisbury where the Depart¬ment now employs forty eight people. My principle areas of interest are in rehabilitation engineering, in particular functional electrical stimula¬tion and in specialist seating and pressure sore prevention. I have 7 patents and written over 150 papers on Biomedical Engineering. I was recently Chief Investigator on a NIHR Grogramme Grant looking at all types of assistive technologies used in upper limb rehab following stroke. I was Director of Clinical Science and Engineering in Salisbury until I retired from the NHS at eth end of 2014... Currently I am Clinical Director of Odstock Medical in Salisbury which was the first NHS commercial company on England and Visiting Professor of Clinical Engineering at Bournemouth University.

We have developed an extensive clinical FES service in Salisbury over the past twenty four years and have seen well over 6000 patients using surface stimulation systems, and undertook the first randomised controlled trial to show the clinical efficacy of an FES orthosis, the Odstock Drop Foot Stimulator (ODFS) which is now recommended by NICE and the Royal College of Physicians. We also established the world’s first clinical service for an implanted stimulator. This clinical experience has enabled the design of a wide range of neuromuscular stimulators that have practical clinical applications which are CE marked and FDA approved. We established Odstock Medical Limited in April 06 and now turn over more than £2 million and sell in 18 countries.