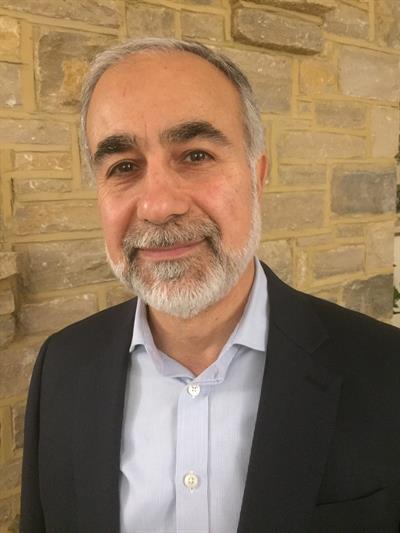 Reza Sahandi is a Professor in the Department of Computing at Bournemouth University. He received his PhD from Bradford University in 1978. In 1987, he joined Buckinghamshire College of Brunel University and in 1989, he was promoted to principal lecturer. In 1993, he took up his appointment at Bournemouth University and in 1998 he became a senior academic. He took on the role of head of undergraduate programmes and subsequently postgraduate programmes. In 2007 he was promoted to Associate Dean and became acting head of the Electronics academic group, when he reformed it to the Creative Technology. In 2008, he took on the role as head of academic development and resources.

In 2011 Dr Sahandi took on the role as head of the Department of Creative Technology and led its rapid expansion. In 2014 he was promoted to Associated Professor.

In 2016 he reverted to his academic activities and moved to the Department of Computing and Informatics. In 2018 he was promoted to professor.

Reza Sahandi’s research areas include multimedia communication systems and cloud computing... Hehas been a principle investigator or co-investigator for various UK, EU and international funded projects, such as the European COMETT cb, DTI, the British Council (EPA) and HEIF. In respect of the COMETT cb project, he was responsible for the coordination of it within the UK. In 2018, he played a key role as a partner of a European consortium for the approval of funding of over 4 million Euros for an Interreg 2 Seas project named SPEED. Bournemouth University’s budget for this project is 393,783.75 Euros.

Reza Sahandi has been a panel member for various national panels including the Engineering and Technology Board (ETB). He was a Trustee for the New Engineering Foundation for over 10 years. He has supervised and examined many PhD students.